Two Crucial Components of Customer Service: The Word and The Will 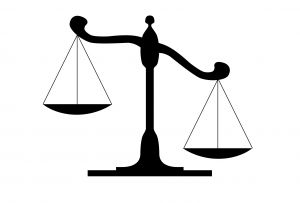 When a product or service fails to meet the customer’s expectation they are in a state where they feel the “contract” has been broken.

As I mentioned last week when comparing Mike’s Camera and Bonefish Grill there are certain basic customer service actions that must take place in order to “make the situation right”. Today I want to look more closely at two components that make up the customer service response.

When my oldest son Nathan was about eight he went on a shopping trip to Kohls department store with his mom. Money in hand Nathan picked out the item he had come to purchase. With mom watching in the background Nate took his place in line at the cash register.

The customer in front of him in line was served and he stepped to the fore, item on the counter, money and coupons in hand. The woman at the register COMPLETELY ignored him, failing to even acknowledge his presence and began ringing up items from the customer behind Nathan in the line. As an eight year old taking his first shot at doing this on his own Nate was more than a little confused on how to proceed.  He even tried to speak up, “Excuse me but I think I was next”, and was STILL ignored.

At this point his eight year old reserves had been spent. Starting to tear up he moved to where my wife was in line at the next register over…and EVEN NOW the woman behind the register he had left did not acknowledge him…where he took care of his transaction.

Because we generally like to recognize good service when we get it we also take the time to point out where our expectations have been grossly missed. My wife wrote to the management at Kohls explaining the situation.

Kohls management responded promptly, within a few days, by:

A good friend of ours went into a Chipotles restaurant to get an outside meal for her father who was confined to the hospital struggling with the last stages of cancer. Her simple request, “I’d like a chicken burrito bowl but can you please split it into two portions. My dad is in the hospital with cancer and he can’t eat a whole burrito in one sitting so I’d like to be able to save some for later.”

After first dealing with a couple of employees whose English was insufficient to understand the request she was handed over to the manager who refused to split the portion into two, even after our friend offered to pay extra for the use of a second “bowl”. Beyond being unwilling to be helpful the manager even managed to look put out by the request.

Needless to say my wife once again wrote a letter. I love her for that.

Chipotles responded, after a week or two, with a letter to our friend that included:

Coupons for a couple of free burritos wrapped in a photocopied note that proclaimed:

“I call a do over.”
Though we strive for perfection
we don’t always get there.
Please accept these Burrito Bucks
and give us another chance.
We’ll be waiting for you…
fresh cilantro in hand,
(it’s the closest thing we have to roses.)

No recognition of the situation, no apology, not even a personal word or two.

These two examples also serve to highlight the two important components of balance. Let’s call these two components the Word and the Will.

The Word refers to the culpability and the apology that is offered. The Will refers to any material compensation that is given. If we look at this through the metaphor of a set of balance scales that have been shifted to the negative, the Word unlocks the scales to allow them to swing freely and the Will represents what we put on the scales to cause them to swing.

In the above examples the management at Kohls understood that both the Word and the Will were of equal importance. They took responsibility even making mention of the actions they had taken to make sure the situation was corrected AND THEY APOLOGIZED. Having thus unlocked the scales they added a $25.00 gift card. (Which is a HUGE sum to an eight year old.)

Chipotles on the other hand barely managed to take responsibility. The actual language they used and the format in which they chose to present their words all acted to minimize their culpability and thus rendered their minimalist apology even weaker. At that point had they even offered a month’s supply of free product the scales still would have been locked.

It’s funny how well this applies to personal relationships as well. Any examples come to mind?